Independent candidate Hamat Bah and his opposition United Front backers has called for the institution of constitutional reforms to restore the second round of voting in presidential elections.

In a preliminary statement issued after the 24th November polls swept by Yahya Jammeh, the United Front said the 11 days allocated by the IEC as campaign period grossly disadvantaged the opposition parties, after being deprived of access to the media for a period of four years prior to the campaign period.

Below we reproduce the full text of the statement by the United Front signed by the four leaders:

On Friday 25th November 2011, the Independent Electoral Commission declared the final results of the 2011 Presidential Elections. The Independent Candidate had 73,060 votes.

A meeting was scheduled after the declaration of the results to review the figures and issue a statement, but the meeting had to be delayed because of the late arrival of Honourable Henry Gomez who later explained that he boarded a taxi to come to the meeting only to have the movement of the vehicle blocked by another transport with Gambia Revenue Authority inscribed on the door.

Four persons came to indicate to him that he was under arrest and compelled him to join their vehicle. They refused to reveal their identity, but later proposed for him to talk to their boss who also did not reveal his identity. The boss apologised and rationalised that it was a case of mistaken identity.

This incident which took place just before the meeting to determine whether or not to accept the results of 2011 Presidential Elections is rather instructive. The United Front strongly condemns this threat to the security of the leader of a member party and will approach the Inspector General of Police to provide security to both Hon Bah and Hon Gomez.

The United Front has seen the need for lessons to be drawn from the results of the elections.

Another fundamental lesson is that the 11 days allocated by the IEC as campaign period has grossly disadvantaged the opposition parties, after being deprived of access to the media for a period of four years prior to the campaign period. The opposition parties do not have access to state resources. We could not thoroughly cover any constituency and could not mobilise sufficient resources within the limited timeframe to conduct a proper campaign.

Secondly, the APRC has been given an edge by the support it receives from the business community and public enterprises to ensure the provision of T shirts, bill boards and other accessories that serve as campaign materials. The involvement of APRC mobilisers in community sensitisation meetings conducted by public enterprises helps to sustain the grass-roots organisations of the party.

Suffice it to say that the utilization of the material resources of the state, especially vehiclesand the involvement of chiefs who are heads of district tribunals, Governors and other public servants or members of the security forces do not provide a level ground for holding free and fair elections.

In this light, it is the candid view of the Independent candidate and members of the United Front that we should propose the holding of a National Conference on the electoral system so that reforms could be initiated to ensure that there is level ground to hold genuine multi-party contest and free and fair elections.

A final statement will be issued after debriefing the regional coordinators. 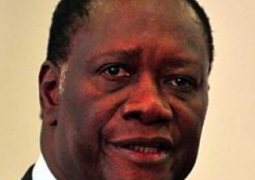