Who holds your future? (Part 2)

Caleb and Joshua – whose viewpoint differed from that borne by the other twelve spies - had tried very hard to sway the crowd but could not break any ground. They were highly motivated: “We should go up and take possession of the land, for we can certainly do it.” (Numbers 13:30) They added with conviction: “And do not be afraid of the people of the land, because we will swallow them up. Their protection is gone, but the Lord is with us. Do not be afraid of them.” (Numbers 14:9) Unfortunately their motivation was not contagious; their call to immediately make a move to ‘possess their possession’ fell on deaf ears.

They had become a minority voice, and nobody paid them any heed. The Children of Israel were themselves reluctant to undertake such an operation deemed suicidal. They furthermore had declared their leaders – Moses and Aaron, incompetent and incapable of leading them. “We should choose a leader and go back to Egypt.” (Numbers 14:4) Thus, by their actions, the Children of Israel had rebelled against God, from whom the instructions came.

They had cast doubt in the power of God to keep His word. That He had brought them through a series of hurdles on their journey did not seem to have impressed them either. “If only we had died in Egypt! Or in this desert! Why is the Lord bringing us to this land only to let us fall by the sword? Wouldn’t it be better to go back to Egypt?” (Numbers 14:2-3)What a testimony!

It is not always that God would package His gifts with glistening wrapping paper to attract attention. No! For this reason, we should be careful not to place too much emphasis on the packaging; it can be deceptive. The Children of Israel wanted to walk into Canaan effortless. They would have preferred to have Canaan on a platter. The obstacles leading to the taking-over of Canaan on the one hand were multiple and daunting; on the other hand, they had to have confidence in God only.

Their comportment was an act of disbelief and it angered God. It was land He had already given the Israelites; the land He had “…promised on oath to their forefathers.” Unwilling to pay the price, they had thought it unfair that God should put them through such a test. What with the Hittites, Jebusites, Canaanites, Amorites and the Amalekites! These were ruthless nations and facing them had driven fear into them even before the attack. In their eyes, it would have meant sure death for them and their children. And so they decided to turn down the offer. The gains were not enticing enough for them to risk their lives. They turned their backs on God, literally forsook Him and His plans to prosper them. “For I know the plans I have for you,” declares the Lord, “plans to prosper you and not to harm you, plans to give you hope and a future.” (Jeremiah 29:11) Incredible but true!

God had already given them the land, no gainsaying that. All He wanted to know was whether they were willing to take it over. God is not man to lie. (Numbers 23:19) The Children of Israel had forgotten all He had done for them – crossing the Red Sea on dry land as the Egyptian army gave chase; producing drinking water out of a rock; turning bitter drinking water sweet and providing them with food (manna) to eat throughout their journey. All of that they had thrust out of the window as history.

How often do we forget the marvels that the God of Abraham, Isaac and Jacob has performed in our lives when we face overwhelming circumstances laced with mockery by onlookers ‘where is your God?’ Our God is steadfast and unchanging. He assured Joshua that he would be with him as He was with Moses. (Joshua 1:5) We serve a God who never changes. (Malachi 3.6)

What is the general attitude to the reports we receive? How do we react to them? It is important the kinds of reports we give credence to. Whose report would you believe with regard to your health? The doctor’s or what God says in His word that He is our healer? (Exodus 15:26) How you look at it will depend greatly on your level of faith and where you pitch it. One thing is clear though, the more we focus on the problem, the bigger it gets, and the sooner it will get out of hand. The more our minds and attention are fixed on God and His promises, the closer we are to resolving our problems. Our problems are dwarfed when Jesus comes on the scene for nothing can stand in His way. Jesus is the solution.

And so the Israelites, within miles of trampling the Promised Land under their feet, renounced on the project. They decided to make a U-turn, heading back for Egypt. They just simply chickened out. With such a frame of mind God wouldn’t let them venture into the land flowing ‘with milk and honey,’ anyway!’

Moses then pleaded with God for their unbecoming behaviour; whilst God granted it, He warned: “I have forgiven them as you asked. Nevertheless, as surely as I liveand as surely as the glory of the Lord fills the whole earth, not one of the men who saw my glory and the miraculous signs I performed in Egypt and in the desert but who disobeyed me…. Not one of them will ever see the land I promised on oath to their forefathers.” (Numbers 14: 20-23)

What is it that God has asked you to do that you are having second thoughts about? Why would you need time to study its merits and demerits? Act now! God detests people who grumble and complain rather than act upon instructions. 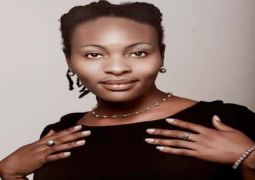