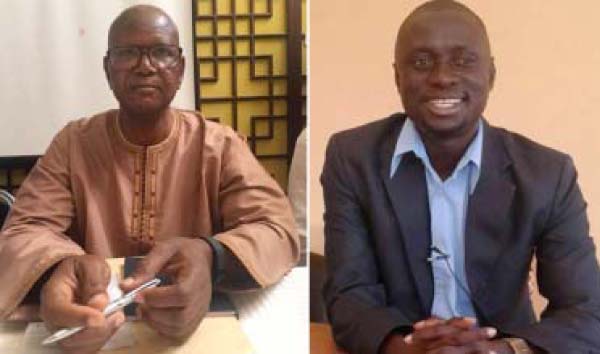 The Gambia Press Union (GPU) School of Journalism is now ready to continue its professional journalism education as the school’s curriculum has been reviewed and validated.

The revised curriculum was reviewed and validated by editors, media sector regulators, media policy makers and university journalism lecturers at a three-day retreat which ended on Sunday at a hotel in Kololi.

Now instead of the straight two-year advanced diploma in journalism that the school used to offered, the revised curriculum has been broken down into three levels: certificate, diploma and advanced diploma.

The curriculum is now in line with the standards set out in the UNESCO model curriculum for journalism studies in Africa.

The revision of the curriculum and the retreat was part of the GPU’s package of the journalism and media component of a wider governance programme in The Gambia finance by European Union and being implemented by UNESCO.

Demba Ali Jawo, the new minister of Information and Communication, said with the new curriculum, the GPU School of Journalism would offer training programmes that would make journalists in the country to further contribute meaningfully to the ongoing national reconciliation and the rebuilding of the nation.

A veteran journalist himself, Mr Jawo said his ministry would continue to render support to efforts aimed at capacity building of journalists in the country.

“This new government has given firm commitment to uphold freedom of the press and freedom of expression which of course must be guided by the tenets of journalism and ethical considerations and that is where the need for a well trained media corps comes in,” he said.

Sasha Rubel Diamanka from the UNESCO Dakar office said the Gambia’s transition and growth would surely rely in an engaged and independent press.

“In this regard, UNESCO looks forward to accompanying the Ministry of Information and Communication and The Gambia in fostering of a dynamic and independent media landscape,” she said.

As the UN agency with a specific mandate to foster freedom of expression and its corollaries, press freedom and freedom of information, UNESCO sees the right to free expression as crucial foundations of democracy, development and dialoque and a preconditions for protecting and promoting all other human rights.

Sang Mendy, coordinator of the GPU School of Journalism, said five years ago, the GPU hired an expert from Denmark to develop a curriculum for the teaching of journalism in The Gambia; there was none in the country then.

“The curriculum developed was rich in content as it covered relevant things that a journalist should know,” he said.“This way, when it was presented before the National Accreditation and Quality Assurance Authority (NAQAA), they accepted it as a guide to teach journalism in The Gambia.”

The curriculum that was developed was meant to for two- year advanced diploma programme in journalism.

“This though does not give students the chance to choose the level they want to study depending on their pocket and qualification and experience; everyone was compelled to enrol for a 2-year education to bag an advanced diploma,” the journalism school coordinator said.

“After a thorough review with stakeholders, there arose the need to divide the programme into certificate, diploma and advanced diploma.  This does not mean the curriculum has been tampered; all the modules and credit hours have been maintained and distributed evenly to cater for the different needs per programme.”

After the curriculum was broken down into three levels, a curriculum review committee was set up to review the distribution of modules and credit hours as well as add development issues such as democracy and governance, Civic Education, human rights, gender, HIV and AIDS, climate change and the environment and sustainable development in the curriculum.

It was after the review committee was done with their task that the retreat was organised to have some of the key stakeholders in journalism education and development to finally critique it and they eventually validated after a through look into the nitty-gritty of the curriculum by the experts invited.

The document after validation would serve as a guiding tool for the teaching professional journalism in The Gambia.