Sifoe on Saturday retained the Kombo South District football tournament after their slender 1-0 win over Tujereng in a well-contested final game, played at the Jambanjelly Football Field.

Sifoe, who were struggling to pick up their rhythm, opened the score through Daniel Gomez in the 19th minute of the game from a stunning free-kick, which eventually prove to be the winner, as well as retaining their last year’s Kombo South District football tournament title.

Tujereng fought back for an equaliser and came very close to level in the 77th and 80th minute of the game, respectively through striker Ousman Marenah, but his shuts were denied by Sifoe’s outstanding goalkeeper Modou Secka.

As the champions, Sifoe went home with a giant trophy and a cash prize of D20,00O, whilst Tujereng receive D10,000 as the runners-up.

The chairman of Kombo South District Sports Committee, Buba Bada Bojang, said Banyaka player, Masireh Jammeh who was appealed by Tujereng in the 2012-2013 Kombo South District tournament is a native of Madiana and not Brufut. He said that was why Banyaka was disqualified from the final. 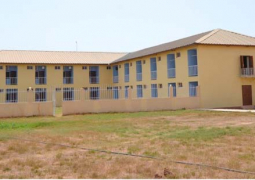 The essence of judicial independence