3 journalists allegedly assaulted by BYM, others 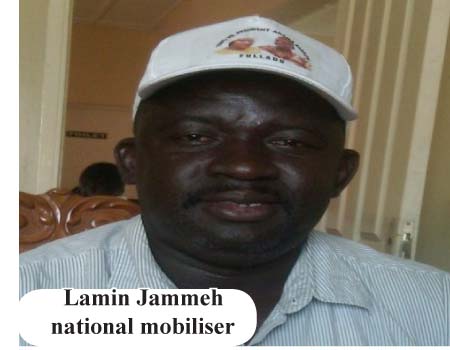 It happened when the journalists were busy filming a mob who were complaining for not having transportation to follow the president after having paid their fares to follow Mr. Barrow from CRR to LRR.

Ebrahim Jambang, a journalist from The Gambia Talent Promotion, confirmed that the incident happened while he was filming when an angry mob, mainly youth who were lodging their complaints to the governor about transportation constraints.

He alleged that an individual from the Barrow Youth Movement snatched and destroyed his camera and asked him to stop the filming.

“I was only filming the angry youth crowd who were complaining about lack of transportation to follow the president after paying their own fares from CRR to LRR. Then one individual from Barrow Youth Movement went, snatched my camera and destroyed it, he said.

Sally Jobe, a journalist from Kerr Fatou, said she was also assaulted by a language translator of a particular minister on the tour, saying the perpetrator knocked her on the chest.

“I was only doing my work as a camera woman. The youths were complaining to the governor that they did not have any transportation to follow the president after paying their fares to meet him. How can I do my work when my camera is being destroyed,” she queried.

Fajara, 21st November 2019: The Gambia Press Union has been informed of a disturbing news from journalists covering the ongoing Meet the People’s Tour of President Adama Barrow.

The Union has been informed that Sally Jobe of Kerr Fatou, Ebrahim Jambang of Gambian Talents Promotion and Landing Ceesay of Paradise FM have been physically and verbally assaulted by the supposed members of the delegation or supporters of President Barrow.

The incident happened Thursday afternoon at Janjanbureh-Lamin Koto ferry crossing point when the journalists began to film a protest by some members of the entourage who were not happy with certain logistical arrangement.

It was at that point that the perpetrators advanced towards the journalists hauling insults and eventually physically assaulted them.  Landing said he was hit on his chest.  A phone in Sally’s possession has been broken after it was smashed as she was taking video of a man who was insulting her parents.

Commenting on the incident, GPU President Sheriff Bojang Jr said: “When we first got the news, I reached out to the Director of Press and Public Relations at the Office of the President, and the Spokesperson of the government to express our concerns to them.

“They both expressed regret over the incident and also apologised on behalf of the presidency.”

Meanwhile, the GPU is disturbed by this and is worried about the safety of journalists covering the tour.

The GPU calls on the authorities to swiftly act to investigate the matter. 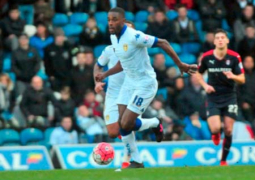