Head coach of the Gambia U-20 team Lamin Sarr have camped a provisional squad of 22 players,  as the team looks set to leave the shores of the country  for Morocco next week.

The team and technical staff have been arranged to camp at the Paradise Beach Hotel ahead of their first leg match against in the Africa U-20 qualifiers.

The team, expected to be reduced to 18, will travel to at the beginning of next week to face their hosts on Friday 27 July. 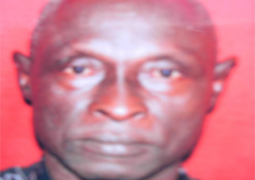