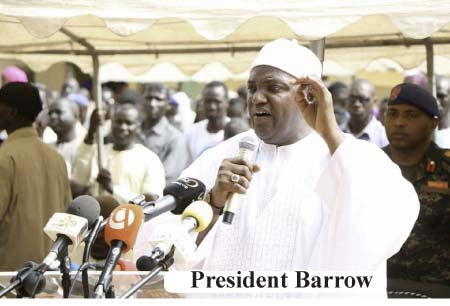 The President Adama Barrow on Tuesday 19 November 2019 gave assurance of distributing fertilizers among farmers on time, saying it would be as early as July.

He made this statement at Saba Sanjal and Salikenni communities in the North Bank Region, during the second night of his Meet the People’s Tour.

President Barrow said the distribution of fertilizers and other farming materials to farmers will now be on time to avoid late preparation of farming.

In a meeting at Salikenni in Central Badibou, the president said that his government is committed to providing fertilizers for farming communities in the earliest possible time yearly to boost the agricultural productivity in the country.

“The minister has just said it here clearly that we are prepared to give farmers fertilizers on time in order to avoid late preparation of their farming seasons.”

He said his government has not only realised the importance of farming in Salikenni and other communities but also provided them with some farming implements to show its commitment to agriculture. 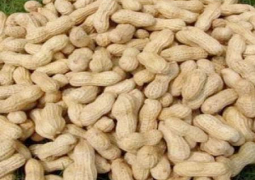