The order for the cessation of operation of Teranga FM radio station has been greeted with wide condemnation both within and outside The Gambia, the latest of which comes from the Gambia Press Union, the umbrella body of all journalists in the country.

In a statement signed by its executive board and sent to the media, the GPU said while it recognized the fact that the Gambian authorities are mandated by law to steer the affairs of this country, it holds that this responsibility should be executed in line with democratic values and tenets.

Below we reproduce the full text of the GPU statement verbatim:

The Gambia Press Union is dismayed at the summary closure of Teranga FM, a community radio at Sinchu Alhagie in the West Coast Region of The Gambia. The Teranga’s studios were shut by officials of the National Intelligence Agency (NIA) who stormed the station’s premises on the night of Tuesday, 14 August 2012, and asked the proprietor, Mr Ismaila Ceesay, to close down the radio with immediate effect.

The NIA staff before leaving the radio’s premises also demanded the names and telephone numbers of the board of directors of the radio, as well as the station’s operational licence.

This is the third time that Teranga FM, a radio that has carved a niche for itself by creating a platform for the expression of divergent and dissenting views in society, has been forced to cease operation. The security agents have not advanced any reason for the closure of the station nor have they informed the proprietor of the authority that instructed them to close the station.

The Gambia Press Union is deeply concerned over the closure of the station, which is an affront to The Gambia’s democratization process.

We submit that it is important for the Government to uphold the letter and spirit of section 17 (1) of the 1997 constitution of The Gambia which states:  “The fundamental human rights and freedoms enshrined in this Chapter shall be respected and upheld by all organs of the Executive and its agencies, the Legislature and, where applicable to them, by all natural and legal persons in The Gambia, and shall be enforceable by the Courts in accordance with this Constitution.”

It is our view that Teranga has been playing a crucial role in nurturing and promoting democracy in The Gambia, as it has provided a platform for both members of the opposition and the ruling party to engage in constructive debates.

The closure of Teranga FM is an indication that media freedom is eroding in The Gambia, even though section 207 (3) of the Constitution states: “The press and other information media shall at all times be free to uphold the principles, provisions and objectives of this Constitution, and the responsibility and accountability of the Government to the people of The Gambia.”

We further submit that freedom of expression is an essential ingredient for the promotion of durable peace and mutual understanding in any society. If free expression is muzzled, it will only pave the way for the spreading of rumours, half-truths, hearsay and falsehoods. Democracy in the absence of media freedom is an illusion and a mirage. And there cannot be sustainable development in the absence of free expression.

The Gambia, one of the smallest nations in mainland Africa, should not be on the front pages of international press and online media for the wrong reasons; instead it should be a pacesetter in the promotion of universal values of peace, progress and prosperity. While we recognize the fact that the Gambian authorities are mandated by law to steer the affairs of this country, we hold that this responsibility should be executed in line with democratic values and tenets.

Closing down Teranga, therefore, means the authorities are infringing on people’s right to access information. We add that closing down Teranga FM is tantamount to denying its workers their source of livelihood, especially in these lean times that The Gambia is going through.

We deplore the closure of Teranga FM and call on the government of The Gambia to reverse its decision without delay. 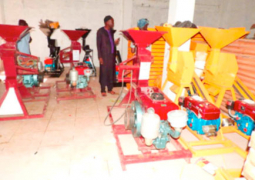 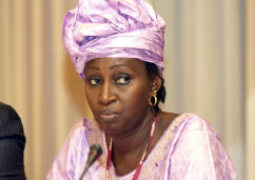