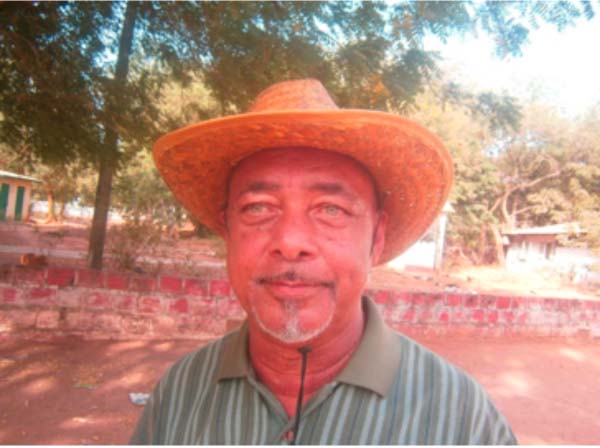 As the holy month of Ramadan is fast approaching, a period characterized by high consumer demand for meat, the Gambia Livestock Marketing Agency (GLMA) over the weekend convened a consultative meeting with butchers and livestock dealers within Banjul, KMC and Brikama at the GLMA premise in Abuko to discuss meat prices.

The purpose of the meeting was to discuss the trends and constraints in the marketing of livestock and meat, with a view to ensuring that a fair and realistic retail price of meat is established and maintained in the area, particularly during the month of Ramadan and even beyond, through a broad-based consultative approach.

In his remarks,the chairman of GLMA, Dr Denis Carayol, explained that it is an annual activity for the GLMA to convene a stakeholders’ meeting to discuss issues affecting bothconsumers, livestock dealers, and butchers and to carve the way forward in getting quality and affordable meat during the holy month of Ramadan.

He expressed great concern about the rapid increase in meat prices within the Greater Banjul Area, unlike the butchers in upcountry who always maintain the agreed price given to them through a consultative meeting.

He advised butchers to be considerate during the holy month of Ramadan, which is a month of mercy and forgiveness, and not to cause trouble for Muslims during the month.

Dr Carayol also called on the livestock dealers to pay their licences and fees for their animals.

According to him, the overpricing of meat is one of the reasons for the meeting so that various stakeholders could sit and discuss the matter, and find a solution to the problem in the interest of all, especially Muslims, during the Ramadan.

He also spoke about the use of the weighing scale, which he said was the cause of a lot of malpractices on the side of the butchers.

He called on the butchers to change their attitude and be honest as Muslims, especially in the Ramadan.

Buba Gaye, a board member of the GLMA, expressed dissatisfaction with some of the attitude of butchers, who “are not honest” in weighing meat in kilos.

He appealed to butchers to give the full weight of their scale.

Amadou Gaye, president of butchers association, appealed to the government to allow them to maintain the same price, which was D200 for meat and bone, and for steak D225, as butchers are still complaining that even with these prices, they are operating at a loss.

Alagie Musa Njie, president of one of the abattoirs, said there are many problems affecting their business, ranging from fees for ferry crossing, to buying of bags of hay for feeding the animals.

He said one bag costs D500, plus transportation costs among other charges.

He said the government would need to consider these expenses and help them arrive at a better price that would also help them to gain something for their family.

Alagi Kebba Jobe, president of livestock dealers association at Abuko abattoir, expressed dissatisfaction with certain butchers in the manner they weigh their meat, describing those butchers as “thieves who should be scrutinized” in the society.

He highlighted a lot of issues affecting the livestock dealers that needed to be considered before a price is determined; otherwise it would greatly affect the dealers.

The permanent secretary at the Ministry of Agriculture, Ousman Jammeh, described the forum as very important since it was geared towards bringing all players together, to discuss issues affecting the price of meat.

He also described the forum as timely, as there is a need to know why the price of meat is rapidly increasing and to find out the root cause, as well as a solution, in the interest of all and sundry.

He said there is a lot of information about issues affecting the price of meat, adding that in the country there are a lot of livestock animals that could be acquired in the country rather than going into the neighbouring countries.

According to PS Jammeh, the importation of animals outside the country is not sustainable and there is need for the Ministry of Agriculture, livestock dealers and GLMA to collaborate with cattle owners to make meat affordable and accessible to consumers.

“There is also need for people to venture into livestock production and increased breeding of livestock in our backyards,” he added.

He also suggested to the GLMA to write a letter through the permanent secretary of the Ministry of Agriculture to the GPA to help the livestock owners to avoid delay at the ferry crossings.

At the end of the meeting, the price suggested for meat was D200 for steak, of goat and sheep, and D175 for meat and bone.

This is a temporary price of meat, until official approval has been granted, he said.