The Gambian authorities have ordered that, “with immediate effect and until further notice”, four local airline companies serving Banjul and the sub-region must “not to pick up passengers in Freetown, Monrovia and Conakry respectively as inbound passengers to Banjul”.

The Point newspaper can confirm from official sources that the ministry of Transport in Banjul sent out this prohibition order in a letter dated 7th August 2014 to the airlines’ management.

The letter was copied to the Gambia Civil Aviation Authority, among others.

Meanwhile, Nigeria has suspended Gambia Bird flights into the country, alleging “unsatisfactory” measures by the airline to contain the spread of Ebola virus, officials said on Sunday.

The “NCAA (Nigerian Civil Aviation Authority) has reviewed the measures put in place by your airline as contained in your letter of 30th July, 2014 and have found these measures unsatisfactory,” NCAA said in a letter to Gambia Bird Airlines.

“Consequently, your flights into Nigeria have been temporarily suspended with immediate effect until such a time that you are able to put in place acceptable and satisfactory measures,” said the letter, a copy of which was sent to AFP.

The contents of the airline’s letter to the NCAA were not disclosed.

NCAA is the government agency that serves as watchdog for all airlines operating in the country.

The Gambian airlines flies to Lagos twice weekly. It also flies to other African countries in the region: Cameroon, Ghana, Liberia, Sierra Leone, Gambia and Senegal.

NCAA said that part of its efforts to curb the spread of the virus was to to direct all airlines operating into Nigeria from Guinea, Freetown and Monrovia “to put in place adequate measures to ensure that passengers with this disease are not boarded and brought into the country.”

“Such measures may include suspension of flights into these countries,” NCAA added.

An American Liberian who arrived Lagos from Monrovia, capital of Liberia, via Lome (Togo), eventually died of Ebola virus in a Lagos hospital last July 25.

A Nigerian nurse who had contact with the Liberian also died last week while seven others have been confirmed to have the virus in Lagos.

Nigeria along with Guinea, Sierra Leone and Liberia are the hardest hit countries by the epidemic, which the WHO has called the worst in four decades. Nearly 1,000 people have died of the virus in these four countries, WHO said.

Nigeria’s president on Friday declared a national emergency over the deadly Ebola virus. 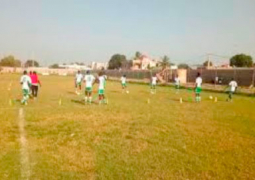 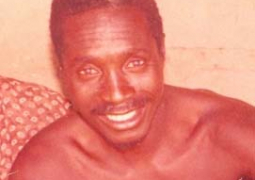