The seventh prosecution witness in the trial of Dr. Isatou Touray, the Executive Director of GAMCOTRAP, and Amie Bojang-Sissoho program coordinator of the same organisation, Lamin Manneh yesterday told the court under cross-examination that there was a co-operation agreement between GAMCOTRAP and the Spanish organisation (Yalcomba Solidaridad), adducing further that the organisation was not happy about the execution of the project.

Manneh, who was part of a team of investigators, was continuing his testimony in the criminal trial against the Gamcotrap top brass, who are facing trial at the Banjul Magistrates’ Court before Principal Magistrate Nkea.

The two prominent women’s rights activists were alleged to have some time in 2009, in and diverse places in the , jointly stole the sum of €30,000  being money provided by the YALOCAMBA SOLIDARIDAD of to GAMCOTRAP.

Responding to a question by defence counsel Amie Bensuoda, Manneh told the court that the Spanish NGO were not happy about the execution of the project between them and GAMCOTRAP.

He added that there was funding of €30,000 from the Spanish organisation to GAMCOTRAP under the project.

“The accused persons during investigations said there was a funding of €30,000 from Yalocomba Solidaridad. They said they have already spent €5,000  on the women circumcisers and the €25,000 for operational costs.”

Further answering a series of questions by counsel, Manneh admitted taking cautionary statements and some explanations from the accused persons.

When asked by defence counsel Bensouda what type of explanations the accused persons gave, the witness insisted that he could not remember.

He said they came with a breakdown and vouchers for the €5000, which they have paid to the women circumcisers.

The NIA operative also said that there was a cooperation agreement between GAMCORAP and the Spanish organisation, adducing further that Yalcomba Solidarity were not happy about the execution of the project.

Manneh adduced that what he remembered was that the accused persons bought clothing for some women circumcisers in Basse in the Upper River Region. This was in answer to counsel Bensouda’s further questions.

He said that they bought clothing for women circumcisers, but could not remember that of the village alkalous. He also adduced that he could not also remember whether it was from that €5000 or not.

He added that he he did not know whether the accused persons also bought fuel for the distribution of those clothes to women circumcisers in CRR and URR from the €5,000.

Officer Manneh also said he could not remember whether the accused persons spent D59, 940 for clothing, nor whether the Yalocomba President visited GAMCOTRAP in January and August 2009.

Counsel put it to the witness that the accused persons had made it clear to the Spanish organisation that they were not a micro finance project, and could not execute microfinance projects, but Manneh insisted that they   were the implementing partners in the project. 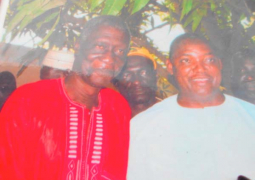