At State House, last week, during the swearing-in ceremony of the new Justice Minister and the Solicitor General, President Yahya Jammeh did encourage people to report or make known any malpractices by government officials to the relevant authorities.

However, while we welcome this pronouncement, we are also a bit edgy or doubtful whether this call will be heeded by many people in the country.

The basis of our concern is that over the years many people have become victims, through arrest, detention and prosecution, of reporting alleged corrupt practices and maladministration by certain government officials.

In as much as the arrest, detention and prosecution of people continue for raising alarm about certain practices in the society, we are doubtful whether many people would come out of the fear of probable misgivings to report any queer or detrimental acts before the harm is caused; and those that would even give any belated report whatsoever would only be doing it as a result of the President’s latest intervention.

In his words, President Jammeh said: “If somebody is not worthy of an office and he is a public servant serving the Gambian people, and you know that he is destroying the country, why would you wait until it comes to the attention of the President. So if you are a patriotic citizen, if you cannot report him, talk to the person and tell him to stop what he is doing, because it is bad.”

He went further to enjoin all Gambians to make it a collective duty to fight evil in whatever form or whoever is behind it.

Well, to us, this is a good standing order but its obstacle is fear, in present day Gambia where many people have paid heavy prices for reporting alleged malpractices.

In fact, the recent amendment of the Criminal Code Act has not created amiable environment and motivation for people to report suspected corruption or bad behaviour among government officials as the nomenclature of who is a public officers has now covered the President, the Vice President, the Speaker and the Deputy Speaker of the National Assembly, as well as Ministers or Members of the National Assembly.

Now the big question is, how can people communicate with or report any malpractices to their National Assembly members or MPs when they could be charged for doing so, in the event their submissions are perceived to be untrue.

We therefore must think very well before doing things, since laws are meant for people. 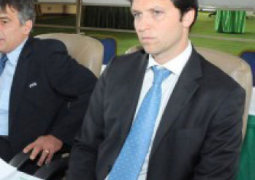