The opposition Gambia Moral Congress (GMC) has released a statement welcoming the deployment of Gambian troops as part of a regional peace-keeping force in coup-struck and Guinea Bissau.

The full text of the statement is reproduced below:

The ’s deployment of troops to beef up regional peace-keeping efforts is commendable. GMC supports our troops as they prepare to defend peace, democracy and the rule of law on foreign shores.

Our troops, the defenders of our sovereignty, merit the support and prayers of all Gambians as they embark on a selfless and perilous mission to save lives and keep the peace for fellow Africans.

GMC is proud to endorse this noble enterprise, a clear indication that we can indeed be each other’s keeper as is customary within the African context.

GMC’s foreign policy priority is principally to secure and defend the interests of , and achieving sustainable peace on every inch of African soil is an important element of that policy.

Gambian troops on peace-keeping missions have always conducted themselves with distinction, and we are convinced that this outstanding precedent shall endure. The previous discipline and professionalism of our contingents have been exemplary. I urge our men and women in uniform to continue to raise the Gambian flag high without blemish. Our nation supports you!

The success of the political project in both and Guinea Bissau is in The Gambia’s national interest. Instability in any African country poses a threat not only to neighbouring states, but to peace and development in the continent.

Our hearts and minds, and our solidarity are with the peoples of both and Guinea Bissau in this difficult period of their quest for a stable, just and tolerant society.

We must give the support it requires to preserve its territorial integrity, as one nation, united and indivisible. Guinea Bissau is a special and complex case, but we cannot afford to fail them this time.

As our troops bid farewell to loved ones to help restore and sustain normality in these countries, we must be mindful that ultimately, it is for Malians and Guineans themselves, to come to the realisation that peace is their most precious national asset.

They must put the future of their country at heart, and stop the bloodshed of children, women and other vulnerable groups. Genuine dialogue is the answer, not violence and war.

ECOWAS must continue to marshal resilient political muscle and boldness in taking rapid political and economic action against those leaders who delight in the suffering of their own people.

Those who practice brutality and the rule of fear against their people must understand that they shall be held accountable even on their deathbeds. Those who believe that the practice of fear as an instrument of governance shall keep them in power and the weakening of state institutions shall enhance their personal security shall live up to their deeds when it is too late.

The rule of fear, oppression and manipulating the legal and judicial systems as means of eliminating opposition may work for a while, but the lifespan of such practices is transient, often ending in a political volcano. History proves that this is what happens everywhere.

Leaders who believe they are exceptions to this rule shall be subjected to its bitter lesson when they least expect it. Democracy and human rights are dual concepts that have come to stay; either you live with them, or they live without you.

In conclusion, I say to our gallant men and women in uniform to bear in mind that charity begins at home. As you embark on your mission to defend democracy, the rule of law, peace and stability in other countries for the benefit of other nations, remember the words of our national anthem and your solemn oath to your country and fellow citizens you leave behind.

As much as we expect you to do us proud overseas, we also expect you to live up to our expectations even more effectively here at home. Always remember: “Charity begins at home”. 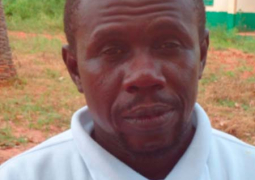