Gintos second half goal from Ebrima Kinteh was enough to gather maximum points against Kanifing East in Sunday's week-two clash, at the Serrekunda Nawettan Championship.

The Bakoteh Boys would have doubled the lead had it not been the referee who rejected their number 13 Nino's goal more to their supporters' dismay.

There after came a real tussle between the talented players from the two teams. All those while, the Kanifing East Coach was on his toes asking his boys not to give any chance to their opponents.   They, however, succumbed to Gintos after failing to find their opponents net. 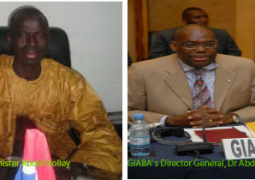