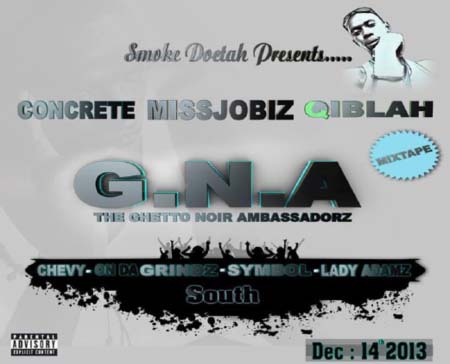 Smoke Doctah, founding member of GNA, told Entertainment and lifestyle the mix tape has been framed and architected by various uprising hip-hop stars in the GNA.

“The theme of the mixtape explains and reminds the society about social awareness, creativity, education, entertainment,” he said.

Its launching will witness a fashion display of down home Malayka urban clothing lines for both male and female, he said.

“We the GNA are thanking God andexpressing our happiness to those who inject guide and support to the GNA mixtape, especially our able giant sponsors,Naturelle Gamwater, for making it possible, with much more additional thanks to my colleagues and GNA fans, producers and their studio management, guest artistes, and the team Gee,” Smoke Doctah said..