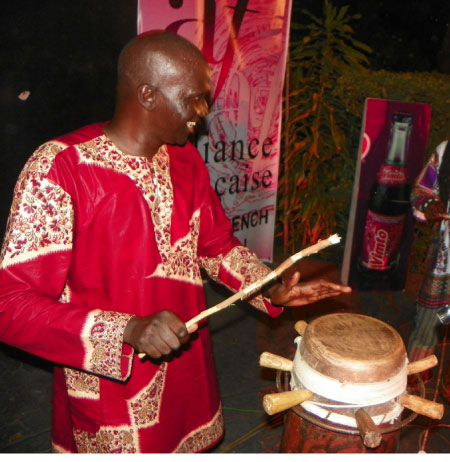 The Gambia’s famous king of mbalax, Mass Low, recently returned home after a successful tour of the heart of Europe.

The mbalax star came back with a 8-track album expected to be released soon.

Speaking on Wednesday in an interview with Entertainment, Mass Low says he is now back to his father-mother land with his Ham Ham Band to establish himself again with his group.

The Gambian Mass Low added that his mission is to develop the African music, particularly Gambian sounds.

“During my stay in Europe I was working on my music and also raising some money for myself,” he said, adding that in Europe he was able to build some contacts with organisers of international music festivals as well as compare notes with musicians and music promoters, and record labels.

“Right now I am busy in the studio putting finishing touches to release my album,” Mass said.

“Every Wednesday I play at Choosan Night Club and I am also going to embark on school tour starting from kindergarten to primary and middle schools. I am doing this tour with the support of Africell and Mo Entertainment.”

The Gambian blossoming artiste also said his forthcoming album, entitled ‘Gigeni’, is dedicated to the women.