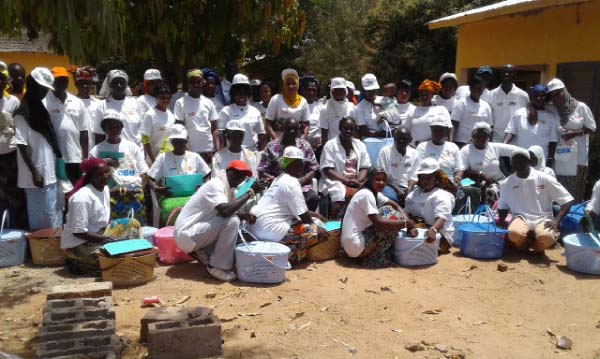 The Gambia Family Planning recently trained over forty of its volunteers known as Community Based Distributors (CBDs) on reproductive health care delivery. The CBDs are responsible of the distribution of contraceptives and provide counseling services on reproductive health in their communities. The three-day forum held in Pakalinding LRR discussed modern contraceptive methods, prevention of sexually transmitted infections and record keeping. It was jointly organized by the GFPA and UNFPA. Participants drawn from Upper River and West Coast Regions were also supplied with uniforms and contraceptives worth over three hundred thousand dalasi.

Speaking at the closing ceremony the Executive Director of GFPA Yankuba Dibba said the health and general welfare of women and children is his institution’s top priority. He described family planning as essential in ensuring the general wellbeing of people and noted that the training is aimed at improving access to contraceptives. Mr Dibba enjoined the CBD volunteers to be steadfast saying the GFPA was established on voluntarism 39 years ago. He said the contraceptives are meant to promote the reproductive health of women and stressed that any complication they make cause should be reported to health facilities. The GFPA Senior Program Officer Momodou Njie commended the CBDs for their selfless service.

He enjoined them to ensure that the contraceptives serve the intended purpose citing the huge amount of money spent on them. Mr Njie thanked the UNFPA for its continued support to his agency.

The GFPA Youth Coordinator Kassamanding Touray said the organization is committed to youth empowerment and urged adolescents to embrace family planning for a better living. She however urged young people to remain chaste till they get married. Speaking on behalf of the participants Fatoumatta Jabbie of Basse and Saffiatou Jabbie of Galloya in WCR both lauded the initiative saying the training has placed them on a better pedestal for quality reproductive health care delivery.

The Light at the end of the tunnel