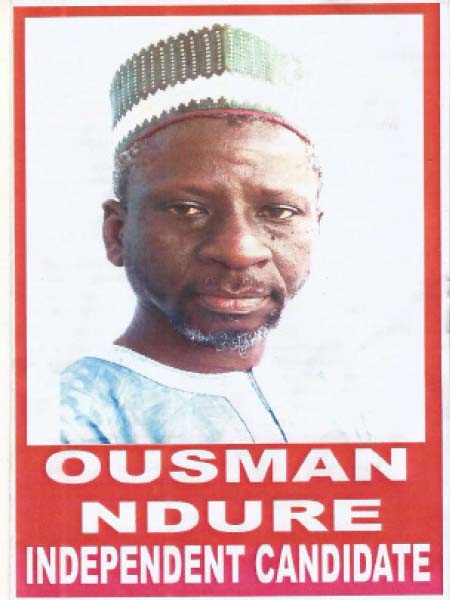 Ousman Ndure, an independent candidate vying for Old Yundum seat at the forthcoming National Assembly elections scheduled for the 6th April 2017, has cautioned voters to be careful about the candidate they vote.

Independent Candidate, Ousman Ndure made this yesterday call in an exclusive interview with this reporter, after completion of his tour of villages in the constituency.

Ousman Ndure hails from Wellingara village, has a diploma certificate in Electrical Technology, Bachelor of Science (Bsc) in Electrical Engineering and Master of Art in Adult Education; worked in GTTI from 1984 to 1998, Shell Marketing Gambia Ltd 1998 to 2002; Shell Marketing Ghana from 2002 to 2006; Oman LNG plc Middle East from 2006 to 2008, and a freelance consultant from 2008 to date.

The Independent aspirant said he has gone to every village in his constituency, to share his mission to construct a progressive constituency anchored on social democracy, where the welfare and security of the citizenry and prosperity is paramount.

Mr Ndure said his vision is bound in honour in the resolute search for a new brand of politics, that is idea-driven and firmly anchored in the enduring principles of truth, honesty, service, justice, love of country and, more importantly, the pursuit of true democratic values.

It is the right time for voters in his constituency to make an informed decision on who to vote for, he went on, and that whoever the voters select will be in office for the next sixty months to do the following: enacting and reviewing laws for the security and safety of the people of the nation; monitoring and checking the use of Executive power; deliberating and deciding on  what international organizations we should join, and much more.

He stressed that these requires people who are highly educated, and have got the relevant work experience and leadership skills.

He urged the voters to check each of the candidate’s educational background, work experience, maturity and passion for politics.

“If we make a mistake in selecting the wrong people; our journey to prosperity will be further delayed and possibly derailed.”

The Old Yundum Independent aspirant said during the campaign, the politics of deception and exploiting the low literacy rate of the people did show its ugly head, resulting in the IEC sending written warnings to all candidates to desist from telling the people that they were coalition candidates, either as independent or parties.

It is time for voters to select people with competence, capability and credibility to help eradicate poverty, ignorance and disease.

Mr Ndure said he will measure his progress by the improvement in the health of his people, the number of children in schools, by the quality of their education, by the availability of water and electricity in the villages in his constituency, and the happiness in which his people take in being able to manage their own affairs with his office as a National Assembly Member (NAM).

The Old Yundum NAM aspirant, therefore, urged voters in his constituency to come out in their large numbers to vote for him, noting that at stake is the country’s economic development and the whole community must act in the national interest. 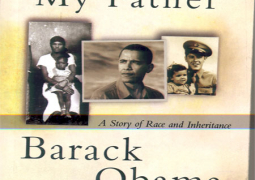