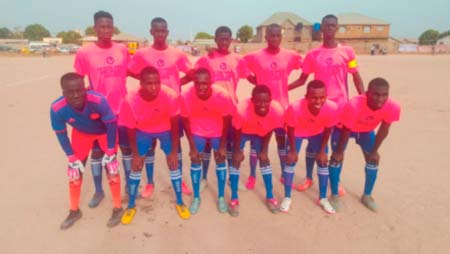 This followed their 4-2 win over Kunkujang Friends after a goalless draw on regulation time in the final played at Kunkujang Keitaya community football field on Sunday. The final attracted football enthusiasts in Kunkujang and its surrounding villages.

Both sides made a bright start to the game and created several goal scoring attempts but both sides could not find each other net on numerous occasions leading to the game proceeding to penalty shootouts which ended 4-2 in favor of Sotobi United.

As champions, Sotobi United went home with a giant trophy and a cash prize D9, 000 while Kunkujang Friends received a consolation prize of D7, 000 as runners-up.

Speaking to Saidou Saidy head coach of Sotobi United, he thanked his players for a great battle as well as his fans for coming out in their large numbers to cheer up the team.

Saidy also thanked the Diaspora for their aid throughout the campaign.