Authorities at the Gambia Football Federation, GFF, have issued a statement clarifying the state of the election process, which culminates in the election of the new GFF executive on June 29.

The process was thrown into confusion after the proposed date for nominations (one month before the elections) passed last Wednesday without action. This led to suggestions that the June 29 elections may be affected.

Giving details, Bakary Baldeh, media officer at the GFF, said there is no plan to push the election date.

“However, the process of establishing regional football associations in the regions must be completed for the regions to take part in the election.

“At the moment, each of the regions have got interim committees that have been assigned to identify football clubs and the names of their officers for  submission to the  GFF for approval, where upon there will be an adoptive congress and election of football associations in each region,’’ Mr Baldeh said.

He further explained that this process has gone very far in some regions, with some already submitting names, while others are on the verge of doing so.

“It is hoped that all names of clubs and their officials, from all regions, would reach the GFF by Friday,’’ he said.

The GFF media officer also stated that the entire process of adopting the regional constitutions and election of regional associations is expected to be over by June 15, and that would be time enough for nominations to be held for the June 29 congress.

‘We have created a desk officer for each region, from among the staff here, and each is monitoring the process  in his region keenly with a view to speeding up the process,’’ he said.

Meanwhile Omar Sey, Normalization Committee vice chairman, earlier buttressed the fact that the structuring of the regional football associations is intertwined with whole exercise, and they are key to the process. He also announced that the GFF election would go ahead as planned. 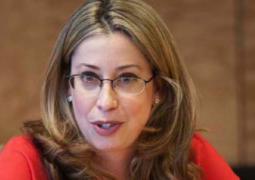