Sang Colley-Ndow, assistant chief fire officer and operation of the Fire and Rescue Services has lamented that getting accurate information at a scene of fire outbreak “is always difficult”.

This is why it is always difficult for them “to give right information to the press”, added the senior officer.

Mr Ndow made this remark during a press briefing recently organised to give media practitioners better understanding of the operations of the Gambia Fire and Rescue Services (GFRS) and their constraints.

He claimed that sometime ago, there was a publication by one of the media houses in the country about a fire outbreak in Brikama but “the way this paper reported this issue is far from what transpired there”.

“Now we are trying to avoid such mistakes from journalists; that is why we organised this dialogue with the media practitioners so that anything regarding the GFRS you can know the right people to contact before reporting anything on your medium,” Mr Ndow said.

Sub-inspector Muhammed Lamin Drammeh, public relations officer of GFRS, said the institution was established by an act of parliament and it is mandated to save lives and properties of people.

He said that few years ago, people had less confidence on the GFRS because some of the reports by media houses were negative of the government institution.

That was why they organised the dialogue with journalists to understand the situation better so media practitioners could be reporting “correctly” about the fire service in order to restore people’s confidence in the GFRS.

Mr Drammeh said it is very disheartening to hear people when there is fire outbreak saying “there is no need to call the fire service because they will either not come early or they will not come at all for lack of water”.

The lack of water is not because they don’t deliberately fill the tanks, he said:“Our problem is hydrants, there are very few.”

The GFRS called on the journalists to “accurately inform the public” about their operation. 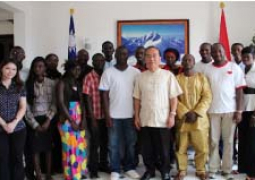 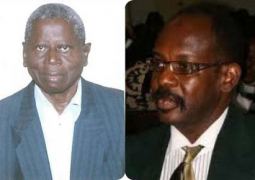