The Gambia Red Cross is claiming that on , a tenancy agreement was made between them and the defendant, Kebba Bah.

The claim stated that the defendant had been called upon several times to pay the said sum due and owing, but to no avail.

The claim further stated that by a letter dated , the plaintiff through its lawyer, Amie Joof-Conteh, demanded payment of the said amount from the defendant, but the defendant has failed or refused to effect the said payment.

The plaintiff further claimed that the defendant had been given enough opportunity and time to pay the debt but to no avail.

However, the defendant, Kebba Bah, was not in court despite being served with the summons.

Meanwhile the case was adjourned to for full hearing. 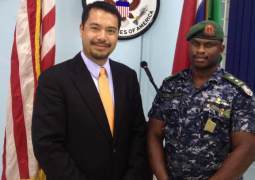