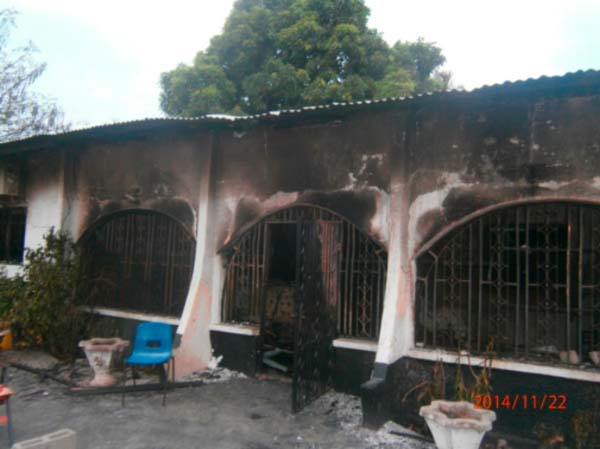 An accident of fire outbreak Friday consumed a whole house at Pipeline in the Kanifing Municipality.

The eruption, said to have electrocuted by electric wires, resulted in the burning of a whole house and property.

The incident took place while the landlord was reported to be at the Mosque for Friday prayers.

According eyewitness, the landlord received a call from a neighbour, who informed him of the sad news and upon arriving from the Mosque was greeted by the flame on top of the roof.

Speaking to The Point, the landlord, Alhagie Babucarr Njie, who took the incident with good faith, said: “Upon arrival at my compound gate, I saw the flame at the veranda then 10 minutes later the Fire and Rescue Services vehicle arrived, while the fire had already destroyed the properties in the house.”

He added that despite the efforts of the rescue service workers that put off the fire, it had already consumed the whole house because of the plywood on the ceiling.

“We could not attempt to get into the house to recover some of the items, because of the heat; it was not safe for someone to risk and get in,” he said.

He further said he lost all the furniture, clothes and television among other household materials, adding that he thanked God because nobody was hurt in the incident. 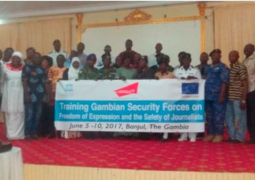 Training for Our Future