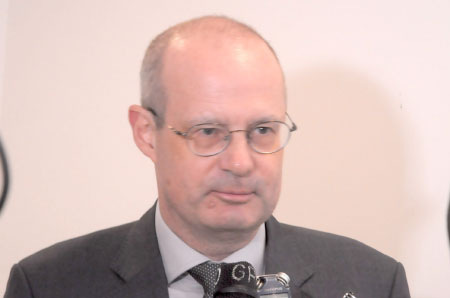 State House, Banjul, January 10, 2020 – In bilateral talks held with His Excellency, President Adama Barrow at the State House on Friday, January 10, 2020, the German Ambassador to The Gambia, Stephen Roken revealed that the Federal Republic of Germany will increase its diplomatic presence in the country beginning this year.

The ambassador said consensus has been reached between Banjul and Berlin that Germany’s diplomatic presence will be elevated higher than just a Liaison Officer in The Gambia.

“We want to increase our diplomatic presence. For the first time, we will send a diplomat from Germany, in a few weeks, to intensify political, economic and cultural relations,” the diplomat said, noting that this is a big step forward considering all the countries that want German diplomatic presence.

President Barrow welcomes this development and said a lot of agreements signed during the visit of the Federal President of Germany can be effectively facilitated with such a presence.

When the German Federal President visited Banjul in 2017, the two leaders discussed intensification of bilateral relations.

Today, there are a number of progresses registered in the cooperation, such as the construction of a GTTI annex in Mansa Konko in a bid to decentralise vocational education and training for the youths; as well as strengthening capacities in areas of energy supply.

“The next steps of economic cooperation will start to improve this year, with the stabilisation fund that will support value addition in the production chains to provide jobs in horticulture, fish processing and smoking, and vocational training,” he added.

The diplomat is of the view that young people in The Gambia need to explore the possibility to be successful here, to earn decent living and create families: “What they need is job opportunities and that is what our cooperation is about. That is where we have a common interest to fight illegal migration.”

The Ambassador expressed condolence to the President for the boat tragedy that claimed 60 lives of Gambian youths off the coast of Mauritania. He described it as “a tragedy that should not be repeated.” 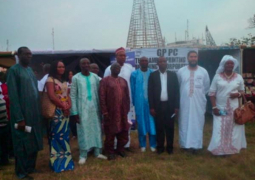