The accused person, Lamin B Njie, is facing a two-count charge of stealing and economic crime, a charge he denied.

During the said court sitting, both the state prosecutor, Mr. Abubacarr and the defence counsel, Borry Touray, agreed to adjourn the case to 22nd March 2010.

According to the particulars of offence, on count one, the accused person, between 2005 and 2007, at Yundum and diverse places within the Western Region, being a public servant in the employment of the Gambia Civil Aviation Authority allegedly stole D5, 200,000 (the sum of five million, two hundred thousand Dalasi), being the property of the government of The Gambia.

Count two stated that in the same period, the accused being a public servant willfully caused the loss of five million, two hundred thousand Dalasi, being the property of The Gambia government. 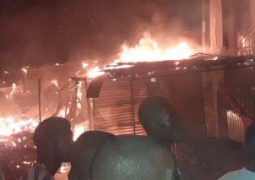