Gamtel regained their position at the top of the Gambia Football Association national league championship, with a bitterly fought 4-2 victory over Sea view to succeed previous leaders Gambia Ports Authority who were not in action as their weekend opponents Armed Forces were not in town.

The telecommunication boys under the stewardship of Coach Sulayman Corr have got-off to an excellent start to the season after securing top spot, and this latest win has seen them regain the top spot on the league table on16 points after Alagie Amadou Ngum, Modou Njie Sarr, Modou Sarr and Ousainou Manneh restored the telecommunications boys' hope of winning their first league title.

Steve Biko on the other hand have blew another chance to close the gap on the leaders at the top of the table after playing a goaless draw against Interior at Manjai while Wallidan and Brikama United also shared the spoil with a 1-1 draw at the Box Bar Mini stadinum.

Hawks and Samger were held to a goalless draw at the Serrekunda East Mini-stadium to blow another chance to close the gap on the leaders, while Bakau United beat Real De Banjul 1-nil to frustrate their efforts of moving away from the red-zone earlier on Saturday.
Previous:
Hawks disappointed with draw
Next:
Second division got-off to slow start 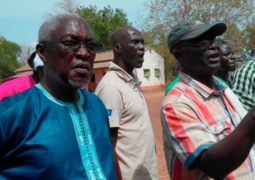