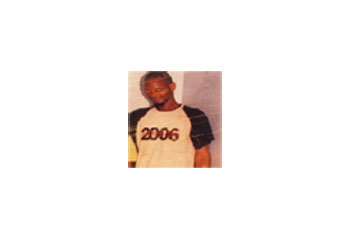 A shopkeeper was last Saturday found dead in his shop, in Serrekunda London Corner around Momodou Musa Clinic.

Hamidou Jallow, a Guinean national, aged 35, was found dead in his shop around 11:00am, which had taken the neighbourhood into grief and despair.

Speaking to this reporter, Wuri Jallow, an elder brother to the deceased who is also staying in London Corner, but in a different compound, said they did not know the exact time when his brother was killed.

According to him, his dead body was discovered around 11:00 am.

"I left my residence to visit my brother on Saturday morning, only to find him dead in his shop with all the two main front doors closed," he explained.

According to him, the supposed killer(s) of his brother might have jumped over from the back fence and broke into the shop. He said that when he entered the compound where his bother was resident, he found customers knocking on the door, while others were calling him to wake-up but to no avail. Jallow said he also joined them.

He said after waiting impatiently, he asked two boys to jump through the back fence to open the back door, but it was impossible to do so as it was blocked with pipes.

He said upon removing the blockade, he entered the shop and to his shock and disbelief, he found his brother in a pool of blood.  He said all over the floor and even some goods were stained with blood.

According to him, the late Hamidou's dead body was taken away by the police in Serrekunda.

He is said to be survived by two wives and three children, all of whom, are presently in Guinea Conakry.

When contacted, Superintendent Sulayman Secka, the police Public Relations Officer, confirmed the story, but could not elaborate on the details. 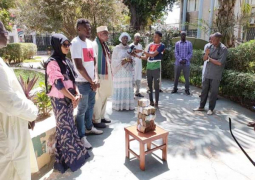