The country's second tier football competition which got underway on Friday has got-off to a slow start with only two wins in five matches.

Serrekunda United beat Nema United to set an early pace at the top of the league, alongside Africell with three (3) points after snatching their first and only win in the league with an identical score line as part of the opening game of yet another Second Division league season, at the Father Gough Sports Complex in Manjai Kunda and Brikama Box Bar Mini Stadium on Friday, respectively.

Abdoulie Jawara, aka Kanteh headed home Africell's only goal of the game to confirm a one-nil score line.

But it has been a disappointing result in the other three matches which all ended in a goalless draw.

Serrekunda East and Lamin United were involved in a hard fought goalless draw in Friday's game, played at the Brikama Mini-stadium, while the promoted side Banjul United and Flamemin failed to secure their first win as they were held to a goalless draw at the Serrekunda West Mini- stadium.

The most fancy Young Africans side who are widely regarded as the firm favourite to win the title could not manage to snatch their first victory as they were also held to a bitterly fought goalless draw against the newly promoted Latrikunda United at Manjai on Saturday.

The last year's FA cup winners led by the newly appointed Head Coach Alagie Amat Cham went into the opening game, hoping to collect all the needed points but their efforts were not good enough to earn them a victory.

Meanwhile, matches in the Second Division continue in three different venues this Friday, such as the Serrekunda East and West Mini-stadiums, Brikama and Manjai, respectively. 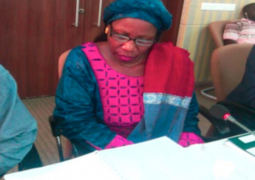