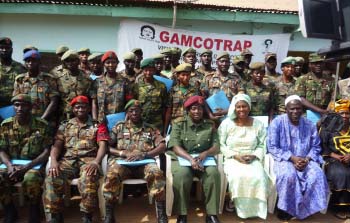 The Gambia Committee on Traditional Practices affecting the health of women and girls (Gamcotrap) yesterday concluded a three-day workshop for security officers on harmful traditional practices.

The training formed part of series of sensitization programmes being organised by the NGO and funded by Save the Children/UNIFEM.

The training aimed to create awareness on traditional practices inimical to the health and wellbeing of women and children, to sensitise participants on children and women rights, to encourage participation and to enforce knowledge generation among participants.

In his presentation at the event, Njundu Drammeh, national coordinator of Child Protection Alliance (CPA), reminded security officers of their commitment towards protecting the country's future leaders from abuse and exploitation.

"As security officers you have an obligation to guarantee the fundamental rights of children, as you may know, the constitution of The Gambia and the Children's Act both guaranteed the protection of children," Drammeh says.

He noted: "Whatever we do should be in the best interest of the child and we have also seen cases where female genital mutilation (FGM) contributed to complications in labour."

The rights activist told security personnel to be the trailblazer in protecting the rights of the child. "Considering your importance you can serve as champion of child rights," he said, adding: "We have a moral obligation to protect our children from harm. Some children died as a result of FGM and we need to report abuses of children."

Speaking earlier, Isatou Touray, executive director of Gamcotrap, reminded security officers not to use their powers to victimize children.

She spoke on the dangers associated with FGM while calling for a law to prohibit it for the interest of the country's women and girls.

The first was held in 2008 at the Joint Officers Mess, followed by those of Basse, Bansang and Pakalinding, "and now in Yundum Army Barracks".

Lt Faye, who was the coordinator of the programme, welcomed both Gamcotrap resource persons and the participants and expressed appreciation with the organising team for conducting the meeting for security officers.

He said they would continue to learn about child protection and share the knowledge and skills gained from the workshop with their seniors and subordinates.

In his statement, Captain Abdoulie Manneh narrated his longstanding relationship with Gamcotrap since he was the Officer Commanding The Gambia Armed Forces Child Protection Unit.

He informed the meeting of how FGM affects children and how adults have the mandate to protect this vulnerable group.

At the end of the training, participants called for a zero tolerance to FGM, adding that a law be established to stop it.

They also appealed for more sensitization programmes to be done at the grassroots and to train law enforcement agencies as trainers to take up the advocacy of FGM.

Minister Gomez, who stepped in for the minister of the Interior, was responding to a question by Hon. Abdoulie Saine, member for Banjul Central, who asked about  how much revenue had been realized from the fines for the use of mobile phones while driving, and failure to use seat belts.

According to Gomez, fines generated from the use of mobiles phones while driving and failure to use of seat belts is paid into a special account at the Central Bank of The Gambia. 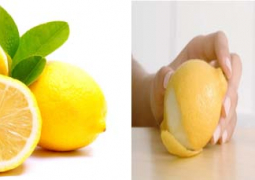 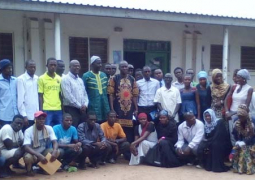