Amadou Jallow, president of The Gambia Chess Federation is in Abu Dhabi, United Arab Emirates where he is attending the 90th FIDE congress and extraordinary general assembly.

February 28 will be FIDE Extraordinary General Assembly as well as Zonal and/or Continental Meetings. On February 29 will be the FIDE Executive Board.

Mr. Jallow is also expected to use the opportunity to lobby for funding for the development of Gambian Chess.

His travelling came at a time that The Gambia Chess Federation has launched its schools program.

This year is also an Olympiad year which is held every two years. 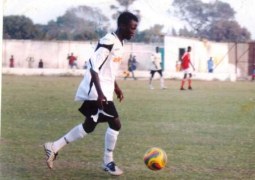