The West African Institute for Financial and Economic Management (WAIFEM) on Monday started a five-day regional course on fundamentals of macroeconomic analysis in .

The workshop brought together participants from WAIFEM member states at the Paradise Suites Hotel.

Mr Basiru Njie, deputy Governor of the Central Bank of The Gambia, officially opened the training on behalf of Governor Amadou Colley.

He said the regional course is taking place at a time the global economic environment remains challenging with slowing growth in several regions, continued uncertainty regarding fiscal policy and resulting of concerns relating to the resolution of the crisis in the Euro zone.

He added that there has been discernible improvement in global financial markets over the last six months but they have not translated into robust recovery in the real economy.

The deputy Governor explains that the Euro zone remains in recession and is not expected to recover before mid-2013.

Output in the Euro area declined in five consecutive quarters and the economic growth and prospects in Asia and remain strong and should continue to benefit from robust domestic demand.

Mr Njie went further to say that these unprecedented developments have stirred debate on the conduct of macroeconomic policy and in particular the role of monetary policy and the optimum level of public debt.

Mr Njie noted that the global financial crisis left a legacy of failed banks epitomized by the recent banking crisis in .

It is therefore, imperative to rebuild banking systems on a more solid foundation by recapitalizing, restructuring and where necessary shutting down banks.

He said the estimates by the Gambia Bureau of Statistics indicated that the Gambian economy grew by 6.2 per cent in real terms in 2012 supported by continuing recover of tourism and strong rebound of agriculture.

Professor Akpan H. Ekpo, director general of WAIFEM, said the institution was established as a collaborative sub-regional capacity building organisation in July 1996 by the Central Banks of the five Anglophone countries of West Africa, namely The Gambia, Ghana, Liberia, Nigeria and Sierra Leone.

According to him, on January 19, 2012, the Board admitted the Central Bank of the into WAIFEM.

The mission of the institute is to develop on a sustainable basis, expertise in the fields of Macroeconomic, Debt and Financial Management among the staff of central banks, ministries of finance and economic planning and other public sector bodies with the core economic management responsibilities, he said.

He said the institute also has the mandate to conduct research and consultancy in macroeconomic policy management and promotion of best practices.

So far the institute has successfully executed 431 courses since inception, and these have benefited more than 12,112 participants from the sub-region and beyond.

Professor Ekpo went  further to explain that WAIFEM has also established collaborative arrangement with world class training organizations and capacity building institutions to ensure best practices in the delivery of its programmes.

He said the recent financial crisis has raised serious concern about the need to develop adequate manpower base among institutions charged with managing the economy. 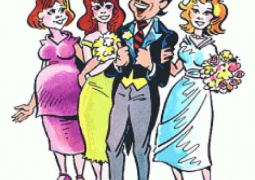 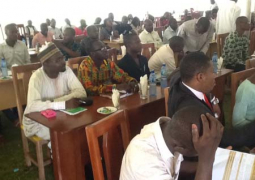