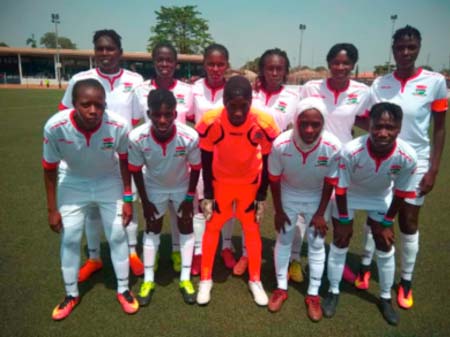 The Gambia national women’s team was heavily beaten by Mali in their opening Group B WAFU zone A championship game played at the Wusum mini-stadium on Wednesday.

The queen scorpions were hammed 6-nil.

Aguissa Diarra scored a hat-trick in the 33rd, 49th, and 57th minutes respectively, while Oumou Kone scored two goals in the 45th and 46th minutes as Senebu Sidibe wrapped up the goal-scoring festival for Mali after putting her name on the score sheet in the 75th minute leaving Gambian fans and its technical bench disappointed with the final result.

The Gambia’s coach Mariama Bom Sowe and her charges got it all wrong when defender Amie Jarju was shown a straight red card and Mali awarded a penalty in stoppage time of the first half.

The female Scorpions will hope to bounce back from the humiliation when they take on Guinea Bissau on Friday at 4:30pm.

The win has automatically put Mali top of group B with a six-goal advantage in their opening game, while the Gambia sits bottom of the group with no point after one game.