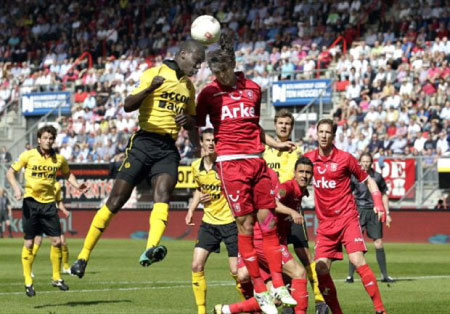 The Portland Timbers have made a perfect record of going nine matches unbeaten.

Kah, 32, is a native with dual Gambian-Norwegian citizenship, and he has represented 10 times on the international level.

He spent time playing his club soccer in , , the and in addition to his most recent stop, playing for Al-Wehda in ’s top flight.

With just days for the MLS transfer window to close, Portland Timbers have addressed an area of need, goal.com has stated.

The Timbers signed veteran center back Pa Modou Kah three days before the transfer window shut until later in the summer.

Kah’s arrival helps plug a hole created by the departure of Colombian Hanyer Mosquera and injuries to David Horst and Mikael Silvestre.

The financial terms of the deal were not disclosed, but the Timbers announced they have signed Kah for the remainder of the season.

“With the loss of David Horst, we have had our eye on adding another central defender for the past month,” Coach Caleb Porter said in a team statement.

“Kah is a top-level player and will bring a wealth of experience as a professional, playing in some of the top leagues around the world. This signing couldn’t come at a better time with the recent injury of Mikael Silvestre. We expect Kah to step into the backline and make an immediate impact in our club.”

The team is now rated second in this week’s goal.com MLS Power rankings.