The coaches currently attending the Basketball Level one coaches course at the Bamboo Hotel in Kololi are very happy for having benefited from a high level coach for the country.

The course, which will end on May 19, is organised by the Gambia Basketball Federation in collaboration with The Gambia National Olympic Committee as well as the Olympic Solidarity.

Lamin Fadera, a participant from the Prisons police, said the course helped him a lot as before this time he did not know anything about basketball but he has gained a lot through the course.

According to Federa, after the training he would advise his fellow security officers to follow basketball.

Sports coordinator NBR, Alhagie Darboe, said he did not know anything about basketball but he is now conversant with the rules of the game especially.

Darboe said he would share the knowledge gained in his region.

Amadou Jawo, Sports Coordinator of URR, said basketball is an interesting game, which unfortunately many people in The Gambia have not taken interest in.

Wallidan Basketball coach Ousman Conateh said he has been coaching Wallidan team for the past five years, adding that he has done some courses but the course he is attending “is the best”.  Conteh also promised to share the knowledge gained from the training.

Lamin Marena, a staff of Bamboo Hotel, expressed his delight for the hiring of the hotel by the basketball federation to run their course. He described the participants as friendly.

Course Director Professor Ronald Onyango Owino said the training is going on smoothly, adding that the coaches are working effectively.

The course covers the fundamentals of the basketball, how to dribble and how to pass rebounce.

According to the course director, this was his first time to come to The Gambia. “Gambians are kind to me, especially the coaches,” he said. 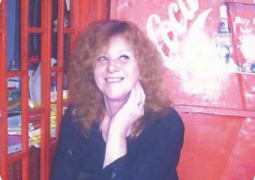