Wallidan have bounced back to their winning fashion in the 2012-2013GFA division one league following their hard-fought 1-0 win over Banjul United in the all-Banjul derby game in their week-eleven fixture played at the Banjul Mini Stadium at the weekend.

Wallidan, who lost to Serrekunda United 1-0 in the week-ten fixture, knew that a defeat against Banjul United would really dash their hopes of returning to the top flight next season hence put up respectable performance against Banjul United to earn a slender win to salvage their lead on top of the summit.

The point made is pertinent 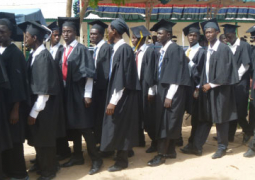