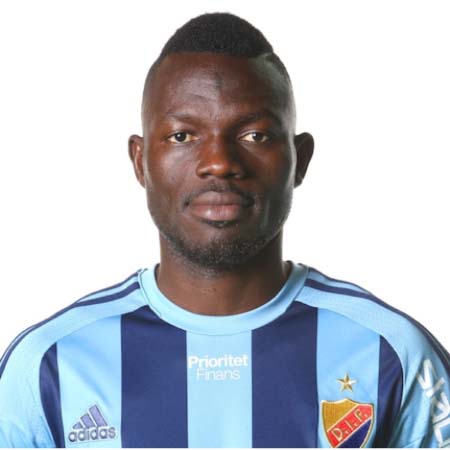 Genk’s win over rivals Gent wasn’t a fluke. Thursday night’s goal scorers were on target again as Genk beat Westerlo 4-0 away from Home. Gambian captain scored in the 62nd minute bringing his club goals to 15.

Former Fortune Utd striker Gaira Joof was unsung when his record-breaking hat-trick made history. A succession of three goals in 16 minutes was enough for the Bnei Yehuda U23 to cruise to the last four of the National Cup Juvenil. Gaira was introduced in the second half and his first touch resulted in a goal, the match ball winner also provided an assist.

Pa Omar Babou got 90 minutes under his belt as Ramat Hasharon put 5-0 past Kfar Saba. Leo’s goal was accompanied with two assists.

Chinese Super league round two saw two Shanghai clubs lock horns. Yanbian Funde defensive approach wasn’t perfect; nonetheless the Red Eagles first of its two goals had to wait till in the 42nd minute. Steve first home match this season will have to wait till Sunday 16 April when they host Hebei Funde. Hence he will be away on international duties and wouldn’t be fit to make Guangzhou game. The Yanbian fans who travelled 950 miles will be optimistic after seeing their hero play 90 minutes on Friday.

Hamza Barry’s second league goal for Hajduk seemed to have stood against league leaders Rijeka until the 81st minute when they levelled. Sas 31st minute goal came as a result of him providing an assist blocked by the goalkeeper and gave him the chance to face an open net which he made no mistake off.

Ali Sowe was on target as his 85th-minute goal put the game to bed against Virtus Francavilla in the lega Pro.

Kaba Sambou of Trepca 89’s player of the month for February was followed by a spot in the team of the month in Kosovo.

Bakary Jatta’s 12th-minute goal wasn’t enough for Hamburg U21 as Lange levelled the scores in the 48th-minute.

Ensa Njie of Rigas came off the bench to inspire Rigas all three points with an assist to collect three points in league curtain raiser.

Gambian midfielder Bubacarr Jobe has joined Skövde AIK on a two-year contract from Toronto FC. Buba was thrown in the mixer when Skövde welcomed Motala AIF FK. In the 36th minute the former Texas Youth product collected a lose ball from the midfield which he drove past swing the goalkeeper to give the home team the lead. The visitors gained confidence when the home team removed their foot from the pedal and gave the visitors room to level the scores to 1-all.