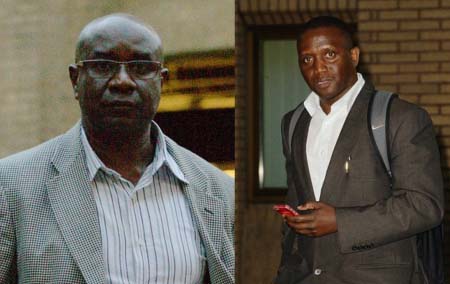 A group of Gambian diplomats in the United Kingdom have been accused of defrauding the British taxpayers of nearly £5 million (about D350 million) by importing 32 tonnes of tobacco which they pretended was for personal use, a court has heard.

Yusupha Bojang, 54, deputy head of the Gambian diplomatic mission in Kensington, UK, and his seven co-defendants allegedly ordered so much tax-free tobacco that suppliers could not keep up with demand, the Daily Mail, one of the newspapers in England, reported in its online edition on Wednesday.

In some cases, the diplomats were ordering tobacco worth more than their annual salary while still claiming it was for personal use, Southwark Crown Court was told.

The eight defendants allegedly masterminded the plot by abusing a scheme which grants tax exemption on goods to diplomatic missions, provided they are for personal use.

The court heard that defendants collectively ordered or were invoiced for more than half a million 50g pouches of tobacco during the three-year scam - despite evidence suggesting none of them smoked.

Opening the case, prosecutor Jane Bewsey QC said: ‘On any view that is a lot of tobacco.

‘No one can seriously be suggesting that the amount of hand rolling tobacco ordered by the defendant in this case could have been for their own use or for the use of their families.

‘Indeed there is some evidence that few, if any, of these defendants actually smoked.’

Fellow defendants Audrey Leeward, 48, a receptionist; secretary Hasaintu Noah, 60, and driver Veerahia Ramarajaha, 54, all worked for the Gambian Mission, but did not have diplomatic privileges, the court was told.

Ida Njie, 42, was employed by the Gambian Tourist Authority whose offices were in the same building as the High Commission.

Prosecutor Bewsey said: ‘This case is about the systematic abuse by these defendants, all of whom were connected in one way or another with the Gambian Diplomatic Mission in London, of the system of privilege which allows diplomatic missions and their staff based in the UK to order goods free from both excise duty and VAT.

‘All but one of the defendants was employed by the Gambian Mission. Four were employed as part of the diplomatic staff with the diplomatic privileges that go with those roles.

‘The abuse of the system by these defendants led to a loss to the British Revenue of Excise and VAT not paid of just short of £4.8m in the three year period of the indictment.’

She added: ‘In particular, we shall be looking at the amount of hand-rolling tobacco ordered by those in the name of the Gambian Mission.

‘In that time, three of these defendants, Bojang, Sambou and John, purported to authorise duty free orders of hand rolling tobacco which totalled in excess of 32,000kg - that is 32 metric tonnes in a three-year period.

‘They were the people who signed the C426 forms.

‘Between them, these eight defendants placed orders and were invoiced for 26,500kg of hand rolling tobacco free of duty and VAT.

‘The cost to the defendants of the orders made in the name of individual defendants in a year often exceeded the value of their entire income from their employment at the Gambian Mission.

‘On any view, these orders were of commercial quantities. By inference, no doubt, ordered for commercial gain and in complete contravention of both the letter and the spirit of the law giving foreign diplomats exemption from UK taxes and duties.’

The court also heard that diplomatic immunity - whereby foreign diplomats are not subject to criminal laws in their host country - did not apply in this case.

But she added there are ‘no issues concerning immunity’ in this case and all defendants were subject to UK law.

All defendants deny a single charge of conspiracy to cheat the public revenue. Ramarajaha denies a further charge of harbouring dutiable goods. 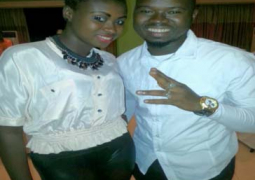 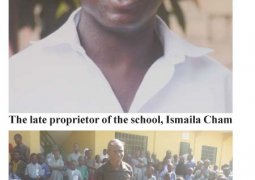