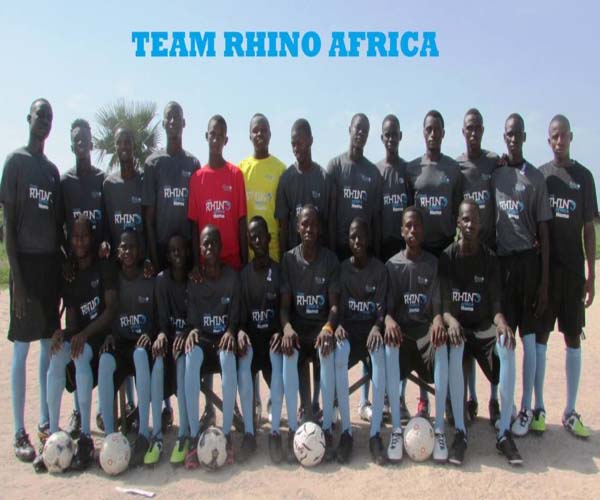 Team Rhino in Nema Kunku in the West Coast Region on Sunday received two pairs of football jerseys, football boots and bags of footballs from their UK partner ‘Team Rhino’ its namesake, during a presentation ceremony held at the football field.

Speaking at the presentation ceremony, Mustapha Jallow, the director of Nema Team Rhino Academy, said the items were received purposely from their partners to contribute to the development of players at the grassroots level.

He said they had the partnership last year through one Rob Molyneux and Dan Holdsman CEO of Juice Plus, who has interest in football and wants to help develop football in The Gambia.

They have benefited a lot from football as they have received bags of football, two pairs of brand new jerseys, and 200 pairs of football boots. He said before their intervention, they were doing everything alone and when the donors came in they sponsored the team to participate in the 3rd division regional league.

The football academy has four categories: Under 16, 14, 12, 10 which all are doing well at the moment, he added, and thanked their partners, especially Molyneux and Dan Holdman, for the constant support.

Jakaria Bah, the secretary general and co-founder of Nema Team Rhino also thanked their partners for their support. He said the main objective of the partnership is to graduate players from the academy and sell them in the top European leagues.

He added that since the intervention of Team Rhino in the UK, they have achieved a lot as so many young players are motivated to join the academy, who are performing well.

Sanna Yaffa, the adviser to the team and secretary to VDC Sports Committee, also expressed gratitude for the gesture. He said the donated items are important to football, and assured them that they will be put to good use. With this gesture, the players in the various categories will be motivated and improved even more, he added.

Mr. Yaffa also announced the date of their new nawettan season, to commence on Wednesday 29th October 2014 between Swiss FC and Jaka-bi. There Super Cup is also to be held in Nema Kunku, and called for a large turnout. 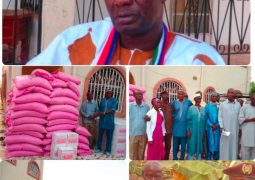