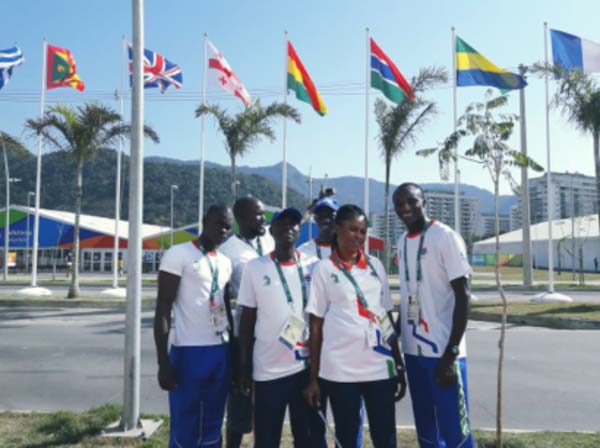 The team, which left Banjul on Saturday 30 July, had a rocky journey due to unfavourable bookings combined with long flight delays.

The delegation was received at the Rio International Airport by the Gambian Chef De Mission (CDM) to the Games, Haruna Cham.

The delegation is lodged at the Apartment 7 of floor 11 of the Olympic Village situated at the Olympic Park in Rio.

Gambian Judoka Faye Alex Njie and his coach Victor will join the team on Thursday 4 August 2016.

Meanwhile the Gambia team was expected to be accorded a welcoming ceremony yesterday Tuesday.