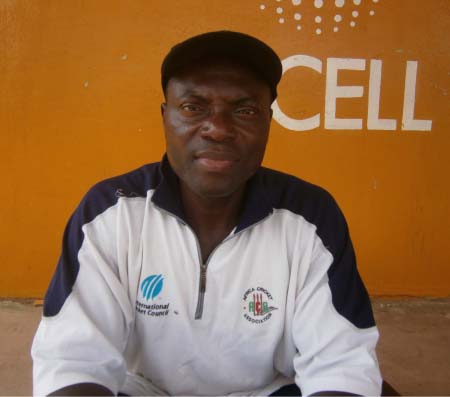 The Gambia Cricket Association has confirmed that it will hold its annual general meeting (AGM) on Friday 26 August 2016 at the July 22nd Square hall in Banjul at 10:00am.

Wilfred R. Riley, Secretary General of the association, said interested persons could get copies of last year’s AGM minutes with the audited accounts at the cricket secretariat in Banjul.

Comments could be dropped at the Cricket Secretariat in Banjul before the above mentioned date because comments would not be allowed during the meeting, he added.

Meanwhile, in the senior league on Saturday 30 June 2016, Development team played Brikama B team at the July 22nd Square in Banjul.

The toss was won by Brikama B team who decided to field.

Development team batted in the first innings and scored 69 runs for 10 wickets in 16.2 overs. Philly Barry batted and scored 9 runs - the highest for them.

Malang Touray bowled 3 overs and took 3 wickets for 9 runs. Brikama B team batted in the second innings and scored 71 runs in 15.3 overs for 8 wickets.

Victor Mendy batted for them and scored 14 runs - the highest for them. Lamin Bojang bowled 3 overs and took 3 wickets for 10 runs.  Brikama B team won by 3 wickets.

In another development, the Gambia female cricket team is currently training at the July 22nd Square in Banjul to participate in the second edition of the coming Northwest Africa Cricket Championship (NWACC) female championship to be held in Ghana in October 2016.