Gambia To Play Iran On Sunday

(Friday, 23rd October 2009 Issue)
Gambia National U-17 team, better known as the Baby Scorpions will begin the FIFA?s third biggest tournament with a game against in group C on Sunday, scheduled to take place in .

The Gambian side that left the country five days ago for the championship arrived in , one week before their opening game. They have since last Monday held their first training session ahead of the opening group C fixtures against on Sunday 25th October in .

The two time champions of Africa that is about to make its first World Cup appearance since Peru in 2005 have traveled with a total of 21 players, including some new faces that have been injected into the team, such as Alieu Darboe of the French club, Lemans, and Buba (Melez) Jallow who has already established himself as a goal machine since earning his invitation to the country's most popular national team in recent years.

The inclusion of player of Melez, coupled with other youngsters that make up the final 21-man squad to Nigeria  could prove vital as Coach Tarik Siagy is still hoping to reinforce his unseeingly squad that lifted the African U-17 championship title in Algeria recently when the tournament kicks-off this weekend.

Meanwhile, the Gambian side that have been pitted in Group C, alongside Iran Neitherland and Colombia will play their second group C match against Neither land on October 28th before wrapping up their group fixtures with a mouth-watering encounter against Colombia on October 31st in Calabar.

The fans are also expected to join the team in Calabar which could also serve as a source of motivation and inspiration for the team in their effort to clinch their first ever FIFA U-17 World Cup trophy. 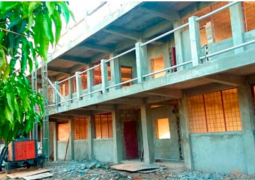