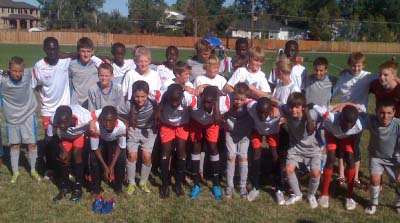 The Gambia Rush Soccer U-12 team led by the Chief Executive Officer of Gambia Rush, Kemo Ceesay, recently returned to Banjul after successfully taking part in a youth football tournament in Denver, USA, with some fantastic results.

During their stay in Denver, the Gambia Rush U12 team performed well in the championship after they managed to recover from their disappointing 2-2 draw against Colorado Rush U14 team thanks to goals from Bunamas Jallow and Sheriffo Kinteh, the son of the GFA supremo Seedy MB Kinteh, as part of the opening game of the junior football competition.

The magnificent Gambian team, under the guidance of head coach Kebba Bojang, recorded their biggest win of the competition after enjoying an impressive 4-0 thumping of Colorado courtesy of a hat-trick from goal hunter Sheriffo Kinteh and another from Fabakary Ceesay to complete a massive scoring advantage.

According to the report sent to this reporter from the CEO of Gambia Rush Club Kemo Ceesay, the Gambian outfit were also involved in a football match with Colorado Pikes Nike U13 boys and the U16 Nike team, which ended in a 2-2 and a 1-1 draw with a brace from Ebrima Jallow before Bunamas Jallow netted his second of the campaign.

Reports also indicated that four Gambian youngsters namely Abdoulie Jatta, Babucarr Jammeh, Seedy Bah and Famara Bojang have already left a mark in Colorado Rush during their stay in the US.

Three other Gambian Rush players in the names of midfield duo Bunja Ceesay and Ousman Ceesay alongside skilful attacker Kekuta Manneh of Texas Rush soccer club have all established themselves as key figures in their respective clubs as a result of their outstanding performances since moving to the US.

The most exciting moment of the trip, according to Ceesay, came when officials of Colorado Rush under the dynamic leadership of Tim Schulz and the host families organised a lunch for the Gambia Rush delegation.

The technical director of Africa Rush, Omar Sise, who also doubles as the president of Gambia Rush, expressed delight at the warm welcome accorded them by Colorado and their family as well as Rush office staff.

Omar Ceesay, in his speech, promised to improve the quality in Africa Rush countries to help the club realise its corporate goal.

The CEO of Gambia Rush, Kemo Ceesay, also used the opportunity to express happiness to the whole Rush members and Tim Andrew, Kendra, Donna and other staff not mentioned, for their endless support in making their stay in Colorado a success.

Ceesay further used the platform to extend a formal invitation to all the host families and Rush staff to The Gambia as directed by the president of Gambia Rush.

In the last day of the tour, the family members of Colorado Rush U12 Nike boys presented gifts to their Gambian counterparts through their sons.

The visit also presented the Gambian officials with the unique opportunity of visiting the Rush headquarters in Denver where they held a successful meeting with the president and the chief executive officer of the Rush soccer club, Tim Schulz and his team of experts.

The meeting was purely held to discuss how best to strengthen the cordial relationship between the US and Gambia Rush.

The technical director of Africa Rush spoke on the need to promote Rush way in Africa, particularly his home country The Gambia. 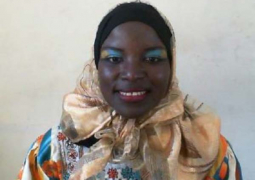