United Stars FC to play friendly with U-17 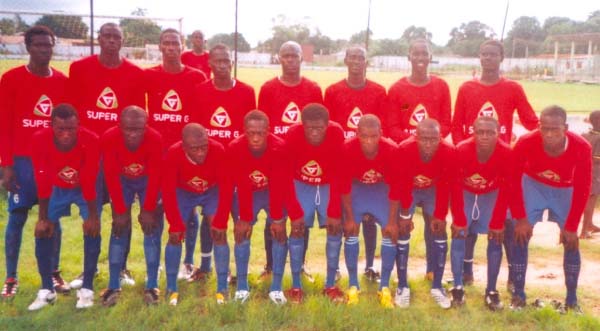 United Stars FC, an outstanding team in community football, are to take on the National U-17 team in a friendly game on Saturday 23 October 2010 at the Serrekunda East Mini-Stadium.

The Churchill's Town outfit managed by Papa Touray and Secretary Pa Malick Gaye, aim for a season with a difference after the team?s superb display in the first round of the group stages.

The side is topping its group in the Serrekunda East nawettan.

Another added advantage to the side is that it has a solid defence line, which has so far conceded only a single goal.

According to the club?s team officials, United Stars FC this season have come with a difference, following their past four years of featuring well in nawetaan football and in 2005 when the side were crowned champions with double trophies.

The team is set on repeating its previous landmark of clinching trophies.

"The audience can bear with us because they know the capabilities and strength the team has in facing any type of team," an official of the team said. "Our fans have continued to give us full support and courage for this season and are expected to do so in the friendly game against the U-17 on Saturday."

The side is said to have young talented players to face the national U-17 squad.

In Search of a Good Samaritan

ECOWAS Heads Tasked Over Guinea, Others