The Gambia Handball team, that is currently taking part in the Female Challenge Handball Tournament in Bamako, Mali, were on Tuesday beaten 30 points to 25 by Cape Verde, as part of the opening game of the tournament, according to reports reaching Pointsport from sources close to the team yesterday.

The Gambian delegation left on Saturday by land to participate in the tournament, but their hope of getting-off to a promising start to the competition suffered a setback, after they conceded their first defeat heading to their next game against Guinea Bissau later today.

Having held their first training session yesterday in preparation for their second game of the competition the team, according to the information gathered by our reporter, is looking set to recover from their unconvincing start, as they face Guinea Bissau later in the day.

After a long journey, the players blamed hot whether condition and fasting for their failure to produce the desired result against Cape Verde, but they however remain confident of a positive result against Guinea having received their allowances on Tuesday. 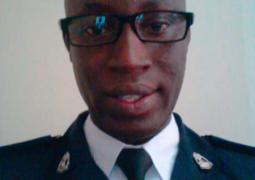