The League Clubs Association, according to a press release, signed by Ebou Faye, acting-secretary, is aimed at promoting association football in partnership with the GFA.

“The league clubs association recognises its responsibility to safeguard the welfare of all its members and thus will aim to provide good quality football in a safe environment by adopting the procedures and working practices of the Gambia Football Association’s Welfare Policy (pending it is available) for the league clubs.

All member clubs whose affiliation ceases with the GFA shall lose its membership with the League Clubs Association.

All GFA clubs are hereby informed accordingly and to contact the secretary on 9916626 for further information. 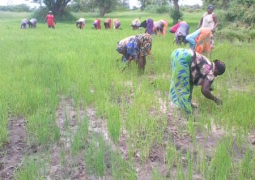