Gambega Company has dragged one Amadou Wuri Jallow, a businessman, to the Kanifing Magistrates’ Court for D784,027.50 the defendant is said to owe the company.

The plaintiff, Gambega, claimed several damages for breach of contract, interest at 25 percent per annum from 5th December 2009 to the date of judgment, and 4 percent thereafter to the date of final liquidation of the judgment date.

Cost of D78,000 is also being claimed by the plaintiff.

The particulars of claim stated that the plaintiff is a limited liability company carrying on the business of bottling Coca Cola production in The Gambia.

Gambega claimed that the defendant is a businessman trading under the name of Baby Wholesale.

At all material times, claimed the company, the defendant was a customer of the plaintiff.

Gambega stated in the claim that it provided the defendant with credit facilities by supplying him with drinks on credit basis.

The said credit facility, according to Gambega, was an ongoing arrangement for which the defendant made agreed monthly repayments in reduction of the balance on his account.

The plaintiff further claimed that around November 2010, the defendant was indebted to the plaintiff in the sum of D1,237,590.

In February 2011, Gambega further claimed, it invited the defendant to reconcile his outstanding account with the defendant.

The plaintiff went on to claim that the defendant has agreed and paid for invoices totaling D235,290.

Lawyer Jahateh represented Gambega Company, while the defendant represented himself, and denied liability.

The case continues for hearing. 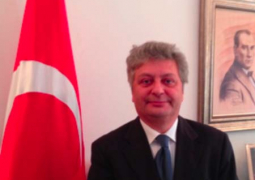