The fraudulent appropriation of power trial involving one Adama Camara continued recently at the Brikama Magistrates’ Court before Magistrate Jobarteh.

Testifying, Sang Mendy, a prosecution witness, told the court he is a technician at NAWEC and could recall in 2008, when they went on a routine inspection on their metres at various places such as Lamin and Abuko.

He said they went to Lamin, entered a compound with his technicians and got to a work shop owned by one Adama Camara, whose permission they sought to inspect the metre being used at the work shop.

Mendy said they first looked at the seal of the metre and found out that it was destroyed and the digits were reversed.

They told Adama that the metre was tampered with, he adduced, saying they then went around inspecting the appliances connected to the metre.

He added that he took the appliances, listed them in his book and took the metre to their office and surrendered it to his boss.

He was later called at the Banjul Police Station to make a statement, he added.

In similar cases involving one Sarjo Jabang and Demba Dibba, both on the same day proceeded at the Brikama Magistrates’ Court before the same Magistrate.

Both cases were adjourned till 16 September 2013. 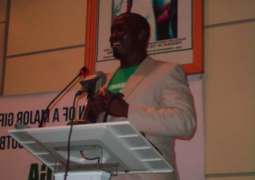