Reliance Financial Services FC are set to clash with Red Star Family FC in the pending 2016 Gunjur Knock out crown scheduled for Today 27 June 2017, at the Gunjur Nyamina Football Field at 4pm.

2009 Gunjur Super final was the last encounter when both Reliance Financial Services FC and Red Star Family FC last to play each other in the Gunjur Summer biggest football fiesta final.

Reliance will be eyeing for a win against Red Star Family FC to end their long trophy drought.

Red Star, on the other hand, will also vying to beat Reliance Financial Services FC to clinch the knock out trophy after losing two final in a row to Santos United FC 3-0 in the league final in 2014 and Passamai FC on penalties after a 1-1 draw in the regulation time in the final.

THE THIRD REPUBLIC OF THE GAMBIA: PRESIDENT’S TRANSITION GUIDANCE NOTES 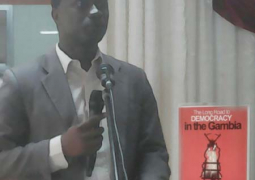