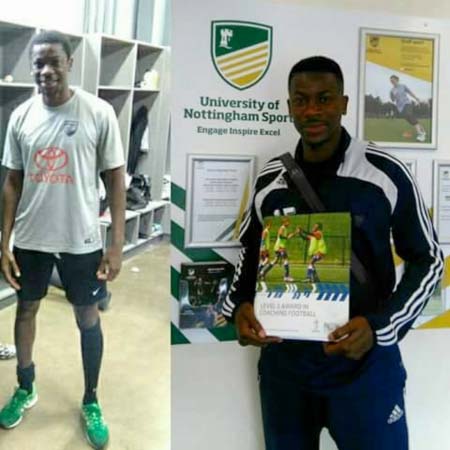 Plighted with a football carrier that has seen him suffer recurrent injuries, Pascal is now a UEFA C licence coach, currently overseeing Oppegard IL, in Norway, working with different age groups, u14 boys and girls, u19 boys and girls and the academy as well.

Now at the age of 31, he previously played at Hawks as teenager in the year 2000, before he moved to Sweden to play third division side Sundbyberg IF.

He became the leading scorer at the club, but only lasted for a season, before returning back to help Samgar to get to the Gambian Football Association first division league.

In 2006, the journey man had spells with Gamtel and Hawks a year later.

Returning to Sweden seemed to be a blessing for the lad in 2008, signing for second division side Rasunda IS, but had an unsuccessful period at the club due to injury.

Njie still didn’t give up; he did have a trial with Lynn Oslo, where a reoccurrence of the injury forced him to retire from playing football.

“I am now looking forward to becoming a top level professional coach,” he said. “I know I have a long way to go but I am hopeful I can achieve my dream. It takes hard work, dedication and determination to be successful.”

Wallidan, others win in Basketball tournament