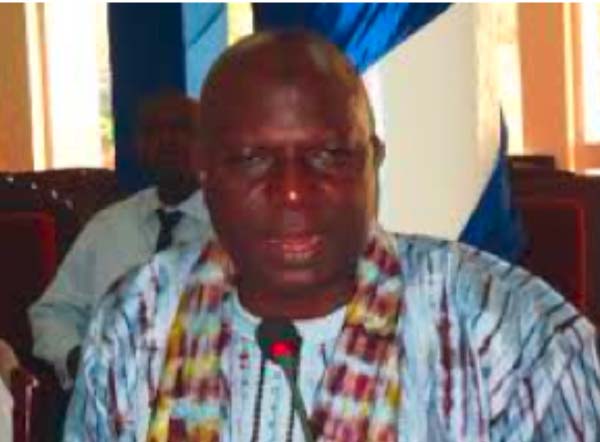 Speaking to The Point in an exclusive interview yesterday, Hon Sillah said they would have a meeting today, Thursday, to ensure they line up the handing over process, prepare the handing-over notes to ensure next week Monday they finalise the process and by Tuesday have a meeting with the new GFF executive to officially hand over responsibility to them, ranging from assets to everything that it takes to run the Federation.

“We will ensure we hand over to them quickly, because they have a lot of work to do,” he stated.

Commenting on Gambia’s two-year ban, he said the ban will be lifted sooner than later, but was quick to add that it was premature to say at this stage how soon it will be lifted. However, something is being done as of now, he said.

“CAF is looking at ensuring they uplift the ban so that we move on quickly, because there are a lot of things that we have to do and the ban is stopping us from doing that,” he pointed out.

He has been congratulated by Premo Calvalo of FIFA, who is responsible for national associations, following the conclusion of the election, he said.

According to Hon. Sillah, financial assistance for the federation had started coming since last week, and it was from that money they were able to settle some of the debts.

Money was also sent by FIFA to conduct the congress, he added, further stating that the issue of money had been solved. The only challenge they have as of now is the lifting of the ban, which CAF had looked at and listened to their presentation, he told this reporter.

“CAF has realized that those who caused the problem are not the ones suffering,” he remarked, reiterating that to say how soon it will be lifted will be difficult, because “it is a confidential issue you do not reveal to the press until the other party is ready.”

Sillah also revealed that a subvention did not come during the NC process; rather they had a Financial Assistance Program (FAP) from FIFA to ensure the operations of the Federation continued.

There are other monies to come, such as the bonus money, money for the rehabilitation of the Technical Training Centre and FIFA subvention, he continued.

“In due course, all these programmes and things will be disbursed for the new executive to do their work,” he said, describing all these as “a lot of money”, but could not tell off head the total sum at the time of the interview.

“Definitely everything is approved,” he confirmed, adding that the responsible authorities “are just waiting for the inauguration of the new executive, to render financial assistance.”

He described the money as a substantial amount, adding that as of now it is up to the new GFF executive to put their house in order, after their inauguration, as he has already told CAF President that The Gambia was lining up a new Goal project.

Apart from the rehabilitation of the FIFA Goal Project, there would be a new infrastructure called the New Goal Project, he stated.

He has also informed the head of department at CAF by e-mail that submissions of the New Goal Project was being prepared and was on the drawing board with an architect being hired to do the plan.

The committee that approved the money for the New Goal Project is chaired by the CAF President, and are just waiting for the proposal to be sent for them to look at it and see ways and means of funding it, he further revealed.

“We have to move on,” Hon. Sillah said, calling on people to forget about the past and engage in meaningful work.

“Let us do everything humanly possible to ensure we do not go back to normalisation again, as there are a lot of implications and pressure in normalization.

“Normalisation is sensitive and complex and lifting of the ban is difficult. Henceforth, we should believe that we have learnt our lessons, and try everything we can do humanly possible not to go back to normalization,” Sillah said in the interview with The Point.